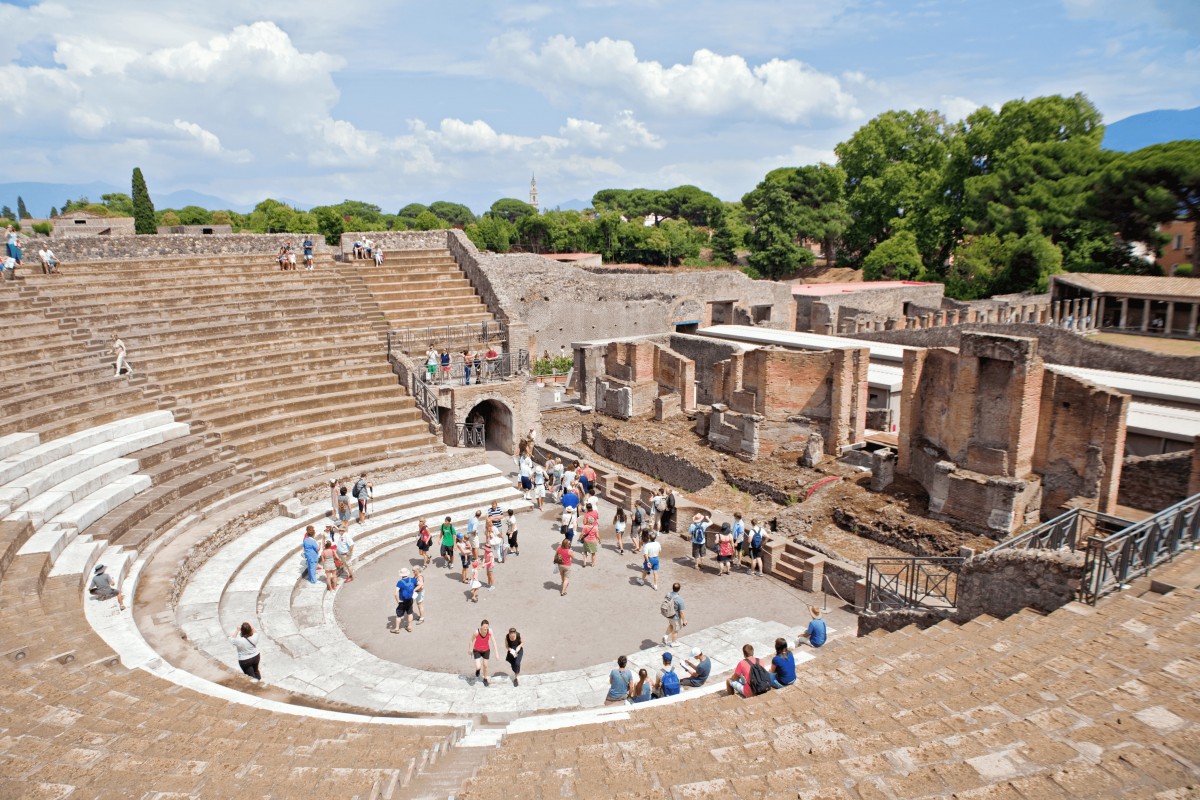 This is a relaxing tour, which will give you the chance to get to know the mythical and legendary origins of the city of Naples as well as the wonders of ancient Pompeii, in just one day. Shining like a corner of paradise on earth, overlooking a wonderful bay with the majestic Vesuvius directly behind it, Naples has an inexhaustible cultural and artistic identity. The city of Naples is a perfect mix of historical, artistic and folkloristic beauties. Older than Rome, it was founded by the Greeks in VIII B.C. Its historic centre is the largest of those under the patronage of UNESCO World Heritage. Similarly, Pompeii is the only place in the world where tourists can admire an ancient Roman city almost entirely preserved despite the disastrous eruption of Vesuvius in 79 AD, which buried it under layers of debris, ashes and mud. Departing from Naples, you will first reach the archaeological excavations of Pompeii. The visit inside the site takes about 2 hours. You can choose to walk alone or add the option of a guided tour with an archaeological guide. After Pompeii, the tour will continue with a suggestive visit of the city of Naples, with many stops along the most strategic places of the city such as the hill of Posillipo and that of Vomero, which houses the famous Castel St. Elmo. And again, the monumental area with the Castel Nuovo, Piazza Plebiscito, the Royal Palace and the Galleria Umberto I and the historic centre with its traditional narrow streets and the immense cathedral, the famous Cathedral of San Gennaro. In short, the right mix to discover our region at its best.